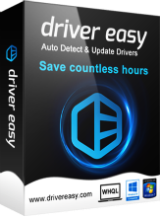 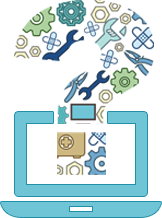 I have a question for the developer:
Every 3 to 6 months you claim that new drivers are available, however, when I go to the original chip makers to check for new drivers or to compare your version of drivers presented for updates, there are no such versions available.
It makes me wonder, where do you get those versions for updates?

sammy, thanks for the question. We hope we are making ourselves clear:

Basically, you can find the drivers for your devices in 3 ways: from computer manufacturers, hardware manufacturers and chipset makers. Computer and hardware manufacturers will no longer provide the updated or newer version of device drivers once the life cycle (could be six months or so) of the products are reached. But chipset makers will still continue releasing the newer versions of the device drivers, so you don’t need to toss your devices away and keep using them for as long as you like.

As for the difference you see, there are many reasons why this would happen.

For example, Microsoft will usually run tests on drivers from chip manufacturers and make sure that these drivers pass WHQL. When Microsoft makes the new release after the tests, the driver date and/or the driver version number will be changed accordingly.

Driver Easy only provides the best-matched official drivers from manufacturers. But in some cases where the best-matched drivers, like those for Windows 10, could not be found, Driver Easy will provide drivers from chipset manufacturers, which are safe to your computer as they have passed WHQL (Windows Hardware Certification Kit) test. (For more information of WHQL, please visit: https://www.drivereasy.com/driver-easy-certified.)

If you still have worries about device drivers that Driver Easy provide, feel free to let us know. Send us an email with the drivers’ information and your concerns at support@drivereasy.com. We’d be very happy to explain in more details.

I was impressed with this software when I used it the first time and even purchased it. The next time I used it, and twice after that, it took me 1-2 hours to correct all that it screwed up. Truly a trouble maker!

Good to see you again. Thanks for choosing Driver Easy!

We’re so grateful to have this exciting opportunity and so happy to be here again!

In the past few months, we’ve updated Driver Easy’s UI design so it’s more accessible to you. We’ve upgraded our scan technique so you’ll have more accurate scan results. We’ve released 6 new versions with updated features and fixed bugs so you’ll have a better user experience…

To make sure that you get the best-matched drivers, drivers that passed WHQL tests are our first choice. They are tested and signed by Microsoft, so the compatibility and security are guaranteed.

In all, we’ve been working to make Driver Easy better.

We know for sure that if we are to become your first go-to option for your driver problems, we need to do more. And we can’t do so without you, our valued users from GOTD.

So here we are, our core team member, who is with over 10 years’ experience in the IT industry starting from self-assembled 80486 PC, our technician team, developer team and customer caring team, are here to answer your questions about driver issues, listen to what you want to say, about Driver Easy, about our service, or our team. We appreciate all sorts of constructive suggestions from you.

Leave us comments or drop us an email at support@drivereasy.com.

We are all ears.

* If you can’t get the email containing the license key, please visit: https://www.drivereasy.com/resend-license-key/.

** If you run into technical problems, feel free to send us an email via the built-in Feedback interface in Driver Easy, with “Export System Information for deep analysis” ticked and a detailed description of your problems.

We ask kindly for your understanding that we might be overwhelmed today, but we’ll reply as soon as we possibly can.

Setting aside the ol' argument: "If it ain't broke...", as Windows evolves -- mostly 10, but 7 & 8 as well -- new drivers are often necessary to support things that didn't exist when the hardware component was made. Millions, if not billions of dollars are being spent on hacking by governments as well as criminals -- one cyber arms dealer recently advertised a couple of million dollar bounties for specific exploits. Sometimes those exploits involve drivers themselves, or the way that they work in Windows, so the fix may be a new driver, or a change in how Windows operates with that driver, again meaning a new driver.

Software like Driver Easy Pro, if not now, then in the next few years, *may* be the only *easy* way to find driver software, including updates.

The OEM suppliers in China that assemble a Windows device may use components from a smaller company that will never, ever produce that exact product again. Good luck ever finding a driver for it. Many component manufacturers never sell to the public, so they have no reason for a consumer web site, & so no drivers that you can download. Many companies, including big names like Intel, won't release new drivers for products that they no longer sell -- Microsoft recently made an exception to Win10's forced version updates for certain hardware, because it wouldn't be compatible unless the manufacturer updated drivers etc., & it won't. At the same time, you have companies like Intel changing policy, removing driver downloads, telling you to go to the company that made your device, and if you do find a download, modifying the setup routine so it won't install, again telling you to visit the company whose brand is on the device.

Microsoft wants to host every driver in its Windows Update database, & seems to be pushing to be the only source for drivers & driver updates. When you go to a component in Device Mgr., & select Search for an update in 10, instead of the search you used to get, the Windows Update window opens. In a perfect world Windows Update will presumably automatically check the driver status of every component, providing the latest & greatest whenever it's needed, but [at least pragmatically speaking] we don't live in a perfect world. Microsoft just pushed out a bad Nvidia graphics driver to folks in their Win10 Insider program, which is the 2nd time I'm aware of that they've done that. Different drivers &/or driver versions can be listed for hardware that is in fact incompatible -- I've had this happen a dozen times or so with Windows Update on this PC, usually in Win7.

It's always safest to perform a disk/partition image backup before updating drivers, whether you're running the driver setup file yourself, using some utility from the manufacturer, using Driver Easy Pro, or if/when the driver's updated via Windows Update.

Tim posted: "The next time I used it, and twice after that, it took me 1-2 hours to correct all that it screwed up."

In Tim's case it could easily have been a bad, as in defective or incompatible driver. I've had it happen with the Lenovo update utility on my wife's 2-in-one; I've had it happen when I installed drivers that, according to the manufacturer, applied to the hardware. Unless it's a situation like the bad Nvidia driver from Microsoft, effecting a very large number of people, I wouldn't expect Driver Easy Pro, or any other software, to know that the manufacturer's recommendations were wrong. Regardless the cause of his problems, restoring a backup, depending on how things are set up, should hopefully take around 1/2 hour.

If you're running Win10, then there's an added reason to perform a disk/partition image backup before updating drivers, and hold onto that backup... Windows 10 is expected to update versions twice a year. The upgrade process will often reuse installed driver versions. An updated driver that worked fine, one that was actually intended to work better with one version of 10, may be completely incompatible with a newer version. I've had that happen, causing a #$@*#!! loop of sorts -- 10 would try to update, which would fail, causing it to roll back to the previous version, then try updating again, which would fail, then roll back & start all over. The last time it happened was especially frustrating because the driver update that caused the problems was installed by Windows Update!

That said, I haven't seen Windows Update try to push out a driver update that was an older version than the one installed -- that doesn't mean it's never happened, but I haven't seen or read of it happening. So while it's not fool proof, keeping drivers up to date might help protect you from Windows Update wanting to update a driver, and its unfortunate habit of providing bad or wrong drivers.

Restoring a disk/partition image backup is the best cure for a bad graphics driver... [While there are graphics drivers released that are bad for everyone, it's somewhat rare -- usually a graphics driver only gives some people problems, making success or failure hard to predict.] Very often rolling back driver versions [in Device Mgr.] simply won't work with graphics drivers. DDU [I get it from guru3d[.]com] *may* work to remove the driver, but it's not foolproof either in my experience, sometimes removing the driver but causing other problems. Copies of the drivers that have been installed -- not just the current driver -- are stored in C:\Windows\ System32\ DriverStore\ , but while that can be helpful for most drivers, the copies of graphics drivers you'll find there are usually not complete enough to install.

While it borders on overkill, it doesn't hurt to open Device Mgr. & store the individual component names, & possibly the drivers used when you get a new device [maybe take a bunch of screenshots or pictures with your cell?]. Hardware component IDs are stored in Windows registry entries -- usually neither Windows nor software knows anything beyond those registry values -- and through driver updates those values [names &/or IDs] can change. Having the original info *may* help troubleshooting driver-related problems, e.g. may help you to get back to an older driver that works.