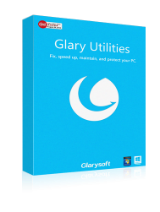 Below are advantages and disadvantages for HD Video Converter Factory Pro.

Advantages of HD Video Converter:
1). Very interactive look. Fast startup. Also takes very low CPU memory.
2). Rate of conversion of the video is very fast.
3). You can also clip, crop and add effects in the video file.
4). Almost all possible video formats available for conversion.
5). You can download all videos from internet in the format you wish.
Merging two or more files also works good with HD Video Converter Factory.

Disadvantages of HD Video Converter:
1). The Window size is fixed, which is a problem to see details written on a video file.
2). No preview option available to view the effects on the converted file.

Video converters generally appear to be clones of other video converters particularly when it comes to selection of output type.
You are faced with an endless list of devices you have to hunt through to find what you want.
Instead WonderFox have thought of the user's point of view in this area and made as simple and most usable interface for the selection.
In a quick test this morning I found the speed of conversion very good producing an equally good output.
For testing the download function I tried a YouTube video link, it took a couple clicks on the Analyse button to get sorted and then it downloaded without problems.
I like this company's products for there ease-of-use, well-designed interface and speed of conversion,
I will be keeping today's download.

#5: "As always, the main question is, can this converter automatically set the output resolution same as the resolution of the input file. Too bad… MUCH TOO bad this option is not featured in the description."

Actually I think re-encoding at the same frame size is a bit rare -- you might need to shrink the file size of HD video to fit on a 25 GB BD when backing up one of the Blu-Ray movie discs you bought, but that's really the only example I can come up with this morning. When you want/need to keep the same frame size, if the video won't play for you as is, it's a lot easier & faster to just use another [likely better] player, rather than spend the time & effort just to get lower quality video -- you always will lose some quality re-encoding.

#6: "I get the impression that this software sorta takes a picture 1024×796 and makes it 1920×1080 and wham you got a HD picture.
Just change resulution do not give a HD movie right? You have to get a good bitrate to.
This software seems to keep original movie and just do a rezise. I am not so sure that is all a correct way."
.
You don't want to transcode [re-encode or convert] video to a larger frame size -- when you're playing video most all hardware will do whatever enlarging for you so the video fills the screen, plus it'll often do a better job of it and you won't lose quality... every re-encode always loses some quality, regardless the software you use.

The bit rate determines the maximum *potential* quality of the video, and it also means what it says -- the bit rate is the amount of data that has to be moved over a network &/or read from whatever storage device, and then be decoded & displayed by the player. If/when the bit rate's too high, the network &/or hardware simply can't handle it -- you couldn't for example put a Blu-Ray movie on a DVD, because the video bit rate exceeds what can be read off a DVD by any player. Another example, many [most?] devices running Android are not capable of processing the amount of data needed to display video at the frame sizes & bit rates commonly found on a Blu-Ray movie disc.

Now the more complicated part... To reduce bit rate you increase the amount of compression applied to the video, meaning you throw away more of the original picture data. Note that as always, once you throw that original data away, it's gone forever -- re-encoding [converting] video to a file with a higher bit rate will just make the file larger, and won't increase the quality one bit. The ultimate goal is to keep as much of that original data, as much of the original picture quality as possible, & to do that you balance both video frame size & bit rate. You want to come as close as you can to the max amount of total data your hardware can handle. Reducing the frame size also reduces the amount of data, so making the video frame smaller lets you apply less video compression, meaning a higher bit rate. But to reduce the frame size you also must throw data away, so that's where the balancing comes in...

As you decrease the bit rate, adding video compression, at some point the quality loss becomes too great & your video looks rather poor. When you're making the video frame smaller, make it too small & you'll find that you've thrown out too much data, and that the picture looks as bad or worse than if you kept the original frame size & added the necessary amount of compression. So you have to perform a bit of a juggling act, running tests on short video clips to see just what combination works best for the hardware you want to use to play your video. It's all about the total amount of data your hardware can handle. A stand-alone Blu-Ray player can manage 1080p with a 40+ bit rate, & so can many PCs/laptops, but many tablets & media player boxes cannot. File sizes can matter too -- a bit of quality loss may be worth it to you when the alternative means files that are larger than you can easily manage &/or store.

As far as video converters go, all the conversion methods & software are compromises really -- it's a matter of how much time, effort, learning, & yes, money you want to spend. HD Video Converter Factory Pro is a portable app if you disregard [or get rid of] uninstall entries in the registry. Like most of the converters that have been on GOTD, it uses ffmpeg to decode & re-encode your video -- ffmpeg includes the x264 AVC encoder, which is one of the best AVC encoders in the world, period. But none of these converters allow you to access all of x264's settings, & ffmpeg itself is weak as an mpg2 encoder. Like most all of the video converters on GOTD HD Video Converter Factory Pro can output Xvid video, though I don't know why anyone would want to -- video's moved on, evolved, but Xvid hasn't really, not being lossless enough for editing, nor efficient enough for delivery, i.e. your finished video project.

You can most likely do a better re-size using AviSynth, but that means installing & learning AviSynth, then using compatible software to encode the results. You can get better results using x264 options that HD Video Converter Factory Pro & most other converters won't let you access, but increasing the quality setting for example can increase the time spent encoding tenfold. And if you're converting for a tablet or cell, you wouldn't be able to tell the difference anyway.

Simple instructions for you to 100% successfully use WonderFox HD Video Converter Factory Pro.
Step 1. Download Zip package from GOTD.
Step 2. Unzip the Package and run setup.exe to install the software.
Step 3. Use the registration code to register.
Step 4. After successful register the product, visist the link below to consult the details of the product user guides.
http://www.videoconverterfactory.com/hd-video-converter/guide.html

What’s New On V6.3:
1. Newly add “Drag” feature that you can drag your videos into the program effortlessly
2. Identify the files like word, excel when drag files into the program
3. Add a dynamic image on the left side when convert video or rip DVD

If there happen any problems during using WonderFox HD Video Converter Factory Pro, please feel free to contact support@videoconverterfactory.com. Your feedbacks are very helpful for us to improve the product.

Below are advantages and disadvantages for HD Video Converter Factory Pro.

Advantages of HD Video Converter:
1). Very interactive look. Fast startup. Also takes very low CPU memory.
2). Rate of conversion of the video is very fast.
3). You can also clip, crop and add effects in the video file.
4). Almost all possible video formats available for conversion.
5). You can download all videos from internet in the format you wish.
Merging two or more files also works good with HD Video Converter Factory.

Disadvantages of HD Video Converter:
1). The Window size is fixed, which is a problem to see details written on a video file.
2). No preview option available to view the effects on the converted file.

Roundgraphy
Roundgraphy is a camera app that creates photos with a circle frame.
$1.99 ➞ vandaag gratis

Dream A Little Dream
One peaceful dreamy night, the Royal Floof sipped too much strawberry milk and fell into a deep sleep.
$0.99 ➞ vandaag gratis

Stone Of Souls
Action horror with RPG elements where mysterious corridors and dungeons, a lot of sinister monsters and quests.
$0.99 ➞ vandaag gratis

Over The Bridge PRO
By building bridges between the various platforms try to get as far as possible!
$2.29 ➞ vandaag gratis

The Hearts PRO
Challenge yourself and other people in our new colorful puzzle &...
$1.99 ➞ vandaag gratis