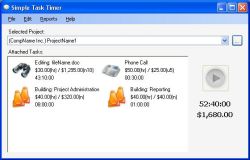 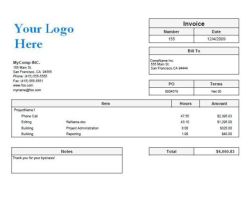 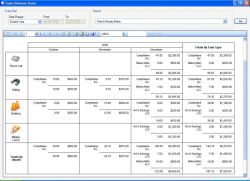 All File to All File Converter 3000
Developed by Head Document Tool Software, Inc.

Nice move to save bandwidth and decrease download time, rather then simply supplying the 12 MB MSI GAOTD zipped it up inside a self-extracting zip exe... which is located inside a RAR file.
Please note you can extract this MSI where ever you want as the installation will install in \Program Files\ by default. The MSI is the exe, not the Setup.exe you find within the RAR.

Activation is automatic, the program is already activated for you rather then using a cd-key or having to open a different program to insert a license.

Very simple interface, but the menus are within the "File" bar (a.k.a ALT bar)

I must admit everything about this program is confusing, and adding a new task requires going through 3 menus and you must click the + button then type, not type then the + button (you will receive an error that DOES NOT explain this).

I don't recommend this program.

* No local help file located within program.
* No help file link provided for developer's website.
* Export function is slow to react (hangs for a bit, for 30 secs, as if frozen) before Win docs pane opens, so user can export file to excel (.cvs) format.
* Spelling mistakes abound within program - not a biggie, but this does speak to developer's professionalism (or lack, thereof).

SUMMARY: - Despite minor weakness noted above, program does what it claims

This is a completely manual task timer which can calculate labor costs for invoicing. How to use: There are task types, which are global, and you'll need to define before creating tasks. The order of definition and selection is Customer, Projects, Tasks. Always make sure that the things which are higher in the hierarchy are defined and selected. You do need to select "+" (add new) before adding anything. Some things don't update on-screen until you select Save. Being completely manual without reminders (although the tray icon changes when a task timer is running, and the tooltip indicates that), it's imperative that manual editing of task times be possible, and it is. You can edit task times, you can also manually add or delete them. Starting a task timer stops another running task timer. One bug, if a task is marked as complete, it still shows up in the tray icon context menu task timers. You only see tasks related to the current customer, which you can only see and change from the main window. That's a major flaw. Simple Task Timer doesn't require you to label a task (it always displays the Task Type label first), so similar tasks associated with different customers may result in your use of the wrong task timers.

There are lots of time tracking applications, but most don't invoice, although most can export data for use in a spreadsheet. I like time trackers which track active process activity on the PC. There are a great many such products, such as the commercial A!K Research Labs Smart WorkTime Tracker, Neuber Visual TimeAnalyzer, TwoLogs TimeTraces, NesterSoft WorkTime, etc. Personally, I like TimeSnapper Professional (not the free version). One which does calculate labor costs is the open-source PC Fare Meter (ProjectTimer.SourceForge.net). ManicTime is free. There are online sites like myHours, RescueTime, and Slife Labs. There are some other open-source projects which I haven't looked at, such as WorkTracker.SourceForge.net and TimeCult.SourceForge.net (I have looked at TimeTracker, but PC Fare Meter is better). On the commercial side, Watership Planner looks like it has some interesting features, but it's expensive, and too much into "life coaching" for my tastes.

Someone posted an attack on me today, apparently upset by what I said yesterday. GOTD isn't the proper forum to discuss environmental issues, I was responding to the misplaced attacks on technology when much of the blame for the world's environmental problems are due to human social issues, which no one ever wants to deal with. It's a fact that corporations are intentionally addicting people to excessive food consumption by addicting them to fats, sweets, salt, and excessive portion sizes. It's a fact that human food production (in addition to energy production, manufacturing, medicine, mining, land use, and habitat destruction) is destroying the environment. It's a fact that people in developed nations are over-eating and people in underdeveloped nations are starving to death. It's a fact that humans are ridiculously overpopulating the planet, the guaranteed end result of which will be the collapse of global civilization, just as human civilizations have always collapsed (not to mention the extinction of almost all non-domestic large animals on the land and in the sea). It's a fact that people can regain control of their food consumption by eating actual food (look at the ingredients, if anything on the label isn't food, don't eat it), substituting healthy fats for bad fats, substituting low glycemic load sweeteners for sugar, eating at most very small portions of high glycemic load foods, reducing their consumption of fats, sweets, and salt, reducing portion sizes, eating only whole grains, and increasing consumption of fruits, vegetables, and leafy greens. No offense was intended.

Spelling Pro! (Premium)
Test & Train your spelling skills in a fun way and challenge other people from all around the world!
$1.49 ➞ vandaag gratis