Giveaway of the day — SysResources Manager 10.3

SysResourcesManger is a system utility for watching the current state of the system and optimzimg performance.
$21.90 VERSTREKEN
Waarderingscijfer: 489 (52%) 454 (48%) 26 reacties 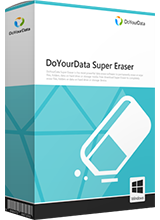 The object of this page is to bring together a definitive document to cover the utter sadness of the Internet troll. Usually, a troll is nothing more than a passing nuisance, but, as this page will show, they can be a worry (stalkers). However, it is almost invariably an inadequate individual who can be safely ignored.

This page will define the activity, and help with early recognition; once acknowledged, trolls can take up residence, and, like athlete's foot, can be difficult to shift. And when you've finished here, I recommend this fairly comprehensive guide to managing sad thirteen year olds loose on Mom's computer.
What Is A Troll?

The term derives from "trolling", a style of fishing which involves trailing bait through a likely spot hoping for a bite. The troll posts a message, often in response to an honest question, that is intended to upset, disrupt or simply insult the group.

Usually, it will fail, as the troll rarely bothers to match the tone or style of the group, and usually its ignorance shows.
Why do trolls do it?

I believe that most trolls are sad people, living their lonely lives vicariously through those they see as strong and successful.

Disrupting a stable newsgroup gives the illusion of power, just as for a few, stalking a strong person allows them to think they are strong, too.

For trolls, any response is 'recognition'; they are unable to distinguish between irritation and admiration; their ego grows directly in proportion to the response, regardless of the form or content of that response.

Trolls, rather surprisingly, dispute this, claiming that it's a game or joke; this merely confirms the diagnosis; how sad do you have to be to find such mind-numbingly trivial timewasting to be funny?

Remember that trolls are cowards; they'll usually post just enough to get an argument going, then sit back and count the responses (Yes, that's what they do!).
How can troll posts be recognised?
Pedantic in the Extreme - Many trolls' preparation is so thorough, that while they waste time, they appear so ludicrous from the start that they elicit sympathetic mail - the danger is that once the group takes sides, the damage is done.
False Identity - Because they are cowards, trolls virtually never write over their own name, and often reveal their trolliness (and lack of imagination) in the chosen ID. As so many folk these days use false ID, this is not a strong indicator on its own!
Repetition of a question or statement is either a troll - or a pedant; either way, treatment as a troll is effective.
Missing The Point - Trolls rarely answer a direct question - they cannot, if asked to justify their twaddle - so they develop a fine line in missing the point.
Any newsgroup, bulletin board, forum or chatroom can attract trolls, but they don't have the brains to attack nuclear physicists
When Should You Be Concerned?
When a troll become persistent and personal, you may need to consider the possibility that it has fermented into an Internet Stalker - equally pathetic, if not more so - but sometimes requiring weedkiller.

This was formerly Clean MemXP (GAOTD February 2008). You can find reviews and screenshots on - http://www.softpedia.com/get/System/System-Info/Clean-MemXP.shtml

This program is quite excellent, in the way that it can manage system resouces and the Hard Drive usage. It is much more advanced than the Windows default Task Manager. However, most techys nowadays will know that programs to reduce ram usage are not that working, but there's an exception for this program/, although not quite human-noticible.

PROS
An all round system utility that, working with Win Utilities or relevant programs, will be very sufficient for all professionals and also novices with easy usage.
A launcher type, allowing to launch your tagged programs from the system tray. This does not use a lot of memory, so is very good.

CONS
Lock PC does not work on Windows 2003 server.

Verdict: a 9/10 for a program that works well together with WinUJtilities. If the two are combined, I would be willing to buy it at as much as 100 bucks.

Installed and registered fine on a Windows XP SP3 system. Packs quite a few utilities inside. But I'm not impressed. Connects to the internet everytime it starts (even after unchecking Automatic updates). The skinning feature is quite unnecessary.
The System page contains a graphical representation of the system resources which is useful for a quick visual inspection of your system parameters. Right-clicking the system tray icon brings up a menu with many windows features like screensaver, control panel, etc. all in one place.

I use Sysinternals Suite for most of my system troubleshooting tasks. The only advantage with today's giveaway is that it integrates many utilities in one package.

#5 Please assume that some of us are not as computer savvy as you are. When you said "nuff said" I was thinking...NO. Please elaborate.

A brief explanation is and will always be appreciated!

An alternative I like is Extended Task Manager, Extendsoft:

Displays similar info but does not connect to internet
or defragment RAM.

Valentine's Day: love games
Get ready for the most romantic day of the year and discover a wonderful free surprise every day.
$1.99 ➞ vandaag gratis

Remote Keyboard Pad for Mac - NumPad & KeyPad
Use your iPhone or iPad as wireless numbers & key pad for your Mac.
$3.99 ➞ vandaag gratis

Findit 2013
Classical Find it game, one hundred to play without getting tired. Each picture has 3 different, find the correct different add 15 sec.
$2.99 ➞ vandaag gratis

Tower of Farming - idle RPG (Soul)
Let's turn the tide of the battle with your own strategy!
$0.99 ➞ vandaag gratis

She loves me
Download and apply the new official theme of it loves me!
$0.99 ➞ vandaag gratis